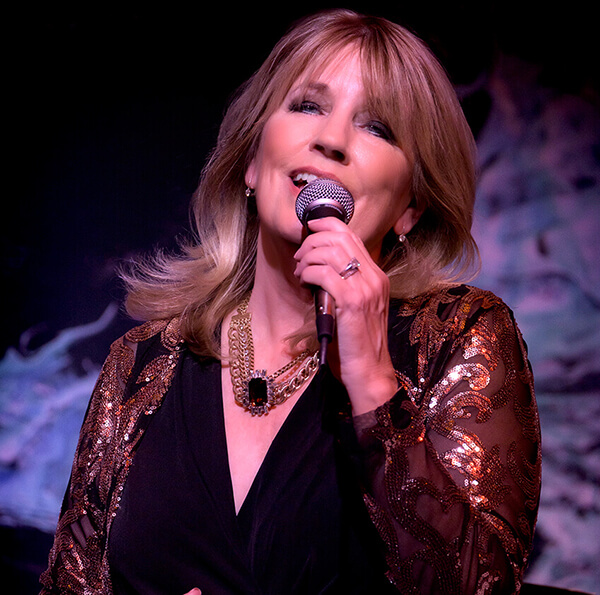 Sometimes getting and keeping an audience’s attention at Herb Alpert’s Vibrato Grill Jazz can be a challenge, especially when the club is packed. But Marsha Bartenetti did not have that problem with her sold-out house for her debut there celebrating her new CD, I Believe in Love. With a repertoire that mixed standards with contemporary material featuring a variety of arrangement styles, Bartenetti connected with the crowd from the onset and never lost that connection.

She opened with an upbeat “Orange Colored Sky” (Milton DeLugg/Willie Stein) that raised the energy level in the room. Nominally following the CD’s theme of the various stages of love, Bartenetti kept the patter to a minimum, with brief introductions to the songs and added a little bit about her own background. With a sextet of top-flight jazz musicians behind her, including Steve Rawlins on piano, Robert Kyle on sax (with some brilliant solos) and arranger extraordinaire Stephan Oberhoff on keyboards she could let loose and swing and yet shift to a sensitive reading on ballads. Particularly moving was her slow take on “You Go to My Head” (Fred Coots/Haven Gillespie). She introduced it by asking the audience to pay attention to Gillespie’s lyrics. She herself had obviously done just that, as she brought a freshness to that often-heard song, as she also did with “It Had to Be You” (Isham Jones/Gus Kahn).

Contemporary standouts included Sting’s “Fragile,” with Bartenetti movingly conveying the song’s very relevant message, and the Bonnie Raitt hit “I Can’t Make You Love Me” (Mike Reid/Allen Shamblin), which demonstrated her comfort level in the country genre. A hauntingly beautiful “Alfie” (Burt Bacharach/Hal David) (with its phrase “I believe in love” giving title to the show and CD) closed the show.

Her voice fit very naturally in whatever genre she was singing. An easy rapport with the audience and a bright, confident stage presence made for a thoroughly engaging show.