The Serendipity of Singer Marsha Bartenetti 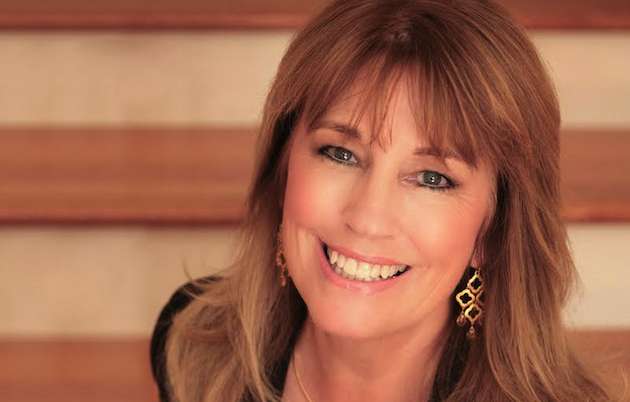 Posted at 21:03h in Reviews by MB_admin
Review by Jane Huson, July 11, 2014.
Originally published on http://www.italoamericano.org/story/2014-7-10/Serendipity
She’s back! Cherished for her smooth, expressive voice, Marsha Bartenetti will return to sing at the Catalina Jazz Club in Hollywood on Thursday, July 10, with her Gentlemen of Jazz.
Marsha did not achieve success in the music industry the typical way. Pure serendipity and her beautiful voice guided her inspirational journey from San Francisco to Los Angeles.
Marsha began her fascinating career in the vibrant music scene of San Francisco during the 1960’s and 1970’s. She performed and co-wrote songs with her then husband Alan Graham. Together, they played at venues like the Troubadour in Los Angeles and recorded at A&M Records and Electra Records.
In 1980, Marsha won the “Best Vocalist” award at the American Songwriters Association’s International Contest: the “American Idol” of its time. They brought her to Los Angeles to record songs for Motown. She was working alongside writers Ron Miller and Kenny Hirsch, who wrote “Touch Me in the Morning” by Diana Ross and “For Once in My Life” by Stevie Wonder.
Marsha left the music scene shortly thereafter due to disillusionment with the industry. She recalls, “I left the music business, and I was a single mom. I had to raise a family, but I had never done anything except have a microphone in my hand.” Accustomed to the microphone, she began singing commercial jingles for Bank of America and Chevron, among others.
While she was in the studio, serendipity struck when she participated in a voiceover workshop. She was recruited to do voice-overs and on-camera acting for Safeway and Vons commercials.
The 1990’s introduced another serendipity for Marsha: the voicemail. Well-liked for her smooth voice, she began recording messages for the largest international voice messaging company.
Marsha unwittingly received a lot of fame and recognition from the press coining her as “the voice-mail queen” and “the voice America loves to hate”, among other catchy sound bites. She appeared on the Today Show as the “person behind the telephone voice”.
She describes herself as the “siri voice of the 90s”, known for phrases like “Are you still there?” and “You have four new messages”. Marsha attended conferences where people would line up for her autograph. She recounts, “That was quite interesting for me to be known as this disembodied voice when for years I had been trying to make it in the music business as a singer. It made me laugh.”
Being a digital star was not what Marsha had envisioned, but it paid the bills. She longed to sing. “There came a time when I just knew I had to sing. The voice is unlike any other instrument because it is directly connected to the heart. It comes through your breath, and all of your emotions and life experiences are attached to it,” Marsha describes.
Years later, Marsha serendipitously re-connected a former band mate Donny Marrow of Disk Eyes Productions. He invited her to come to Nashville for 6 weeks to record a CD.
Wanting to perform live again, Marsha travelled to Nashville with Donny to record some songs. “I went to that microphone, and I was home. I felt my heart expand, like I’m doing exactly what I’m supposed to be doing.”
The CD is called “It’s Time”, featuring songs such as the emotive “Good Morning Heartbreak” and “Someone to Watch Over Me”. Marsha crosses musical genres, from Billie Holiday to Bonnie Raitt, and she brings truth to every lyric. “It’s Time” marks the opening of her next act.
Serendipity struck again when a drummer she met at a restaurant helped her assemble a group of jazz musicians to play with her. With Ricky Woodard on Sax, who has played with the Ray Charles Band, Llew Matthews as the musical director and on piano, Mike Gurrola on bass, and Kenny Dennis on the drums, Marsha and her Gentlemen of Jazz have been a hit in Los Angeles.
Marsha’s singing is greatly influenced by her Italian identity. She expands, “To me, being Italian means saying yes to life and knowing that it will support you, whatever you decide to do. I love the gusto and following the joy of life through music, art, and family. I have an Italian heart. I’ve had one my whole life.” She married Phillip Bartenetti, and the two are active figures in the Italian American Community.
Phillip Bartenetti is the past president of the Italian American Chamber of Commerce in LA and the Federated Italo-Americans of Southern California. Marsha and Phillip have worked on many projects downtown with Marcella Leonetti-Tyler, regional vice president for the National Italian American Foundation (NIAF).
Marsha got a taste of singing for Italian audiences when she visited Taormina, Sicily recently. She performed in the lounge of the beautiful San Domenico Palace Hotel, famous for being an ancient monastery. Marsha’s dream is to sing alongside Andrea Bocelli and to sing again in Italy.
Through her CD “It’s Time” and her live performances at venues such as the Catalina Jazz Club and Vitello’s, Marsha’s serendipitous success becomes our musical delight. Welcome back, Marsha, it’s certainly time!